Beroe achieved a minimal 1:0 victory against Pirin in a quarter final game of the cup of Bulgaria. The only goal was scored by Elio Martins in the 25th minute of the game.

It was only the 12th minute when Elio Martis got his first chance to score, but the ball went past the post.

Three minutes later Martins attacked from the right and crossed the ball in the penalty area, where Georgi Andonov and Ventislav Hristov misunderstood each other and shot the ball in out. 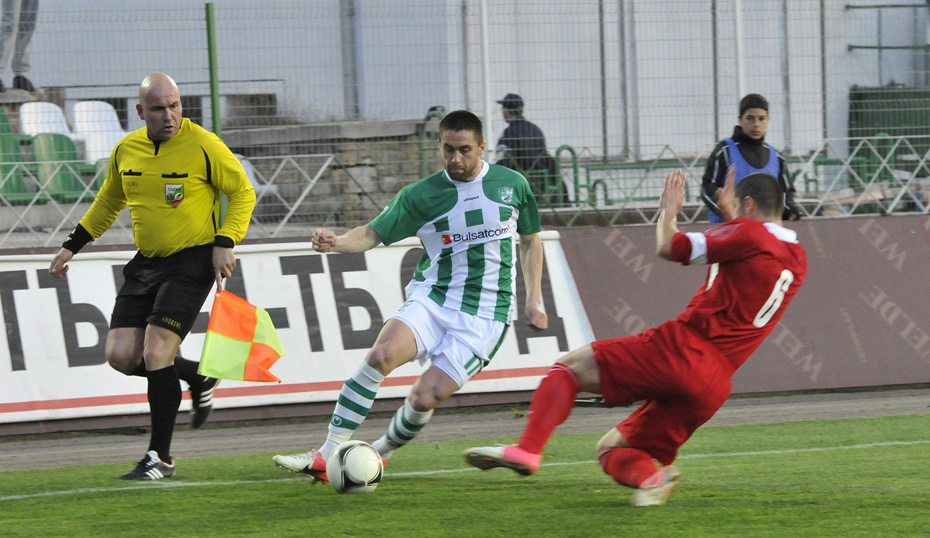 In the 18th minute the ball was crossed from the corner. Elio Martins was left unattended by the defence in the penalty area, but could not manage to shoot the ball in the net, because it hit the body of goalkeeper Yusev.

In the 25th minute Elio Martins got the ball around 7 meters in front of the penalty area and made a wonderful shot netting the ball in the goal for 1:0.

Five minutes later again Martins could even score another goal, but the ball went a meter over the bar.

In the 33rd minute Ventsislav Hristov got the ball after a cross and shot it but it went around one meter past the post.

Until the end of the first half the guests were playing more defensive and the home team got almost no goal chances. 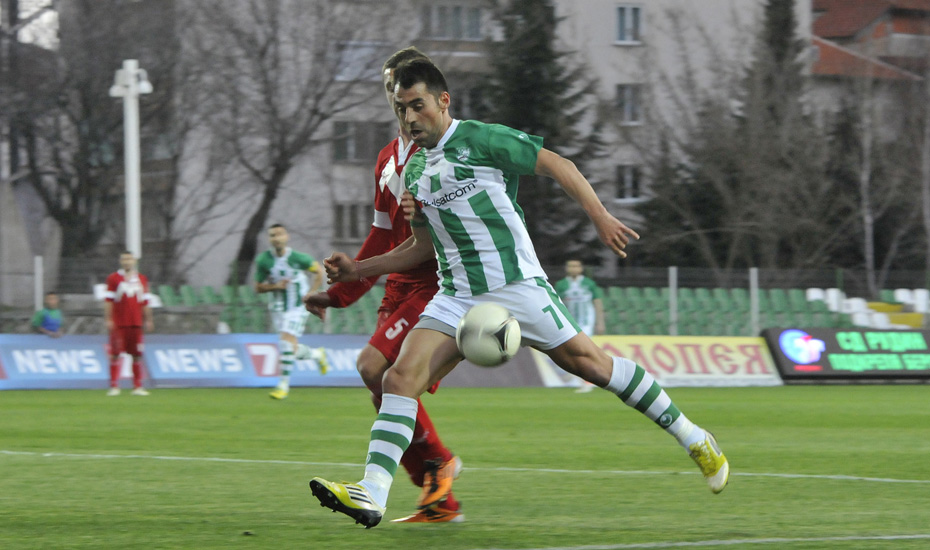 Three minutes after the break Ventislav Hristov passed to Georgi Andonov, who was clever to let the ball reach Doncho Atanasov. The midfielder shot well, but the goalkeeper reacted excellent and blocked the ball.

Georgi Andonov could make the score 2:0 in the 63rd minute, but after his shot from 16 meters the ball went over the bar.

The last goal chance was again for Elio Martins, but the ball did not find the goal after his shot. 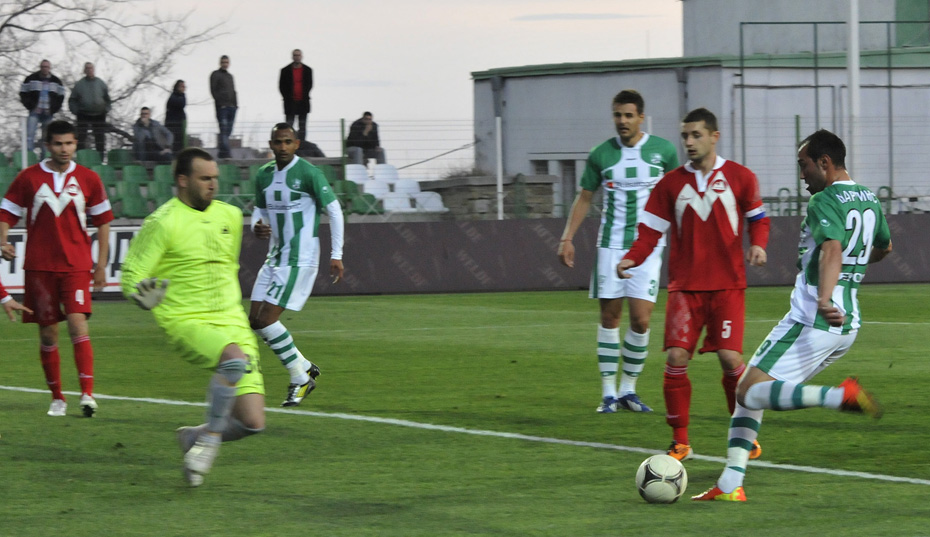 The second leg is on April 3 in Gotse Delchev.