Pirin and Beroe drew 0:0 in a game from the 25th round of the News7 football championship. The game will be remembered with many wrong decisions by the referee.

In the 11th minute Mario Bliznakov crossed from a free kick to Dimitar Pirgov, who headed the ball in the direction of the goal line, but Ivan Karadzhov saved.

Six minutes later the ball got in the feet of Amir Sayoud, who passed to Jerry Sitoe. He then shot from the penalty area, but was unsuccessful in his attempt on goal.

Mario Bliznakov crossed from a corner in the 21st minute in the penalty area. Atanas Drenovichki played the ball, but put it past the bar.

In the 34th minute Plamen Krumov tried his luck from a 30-meter free kick, but the ball hit the body of an opponent and went past the goal. 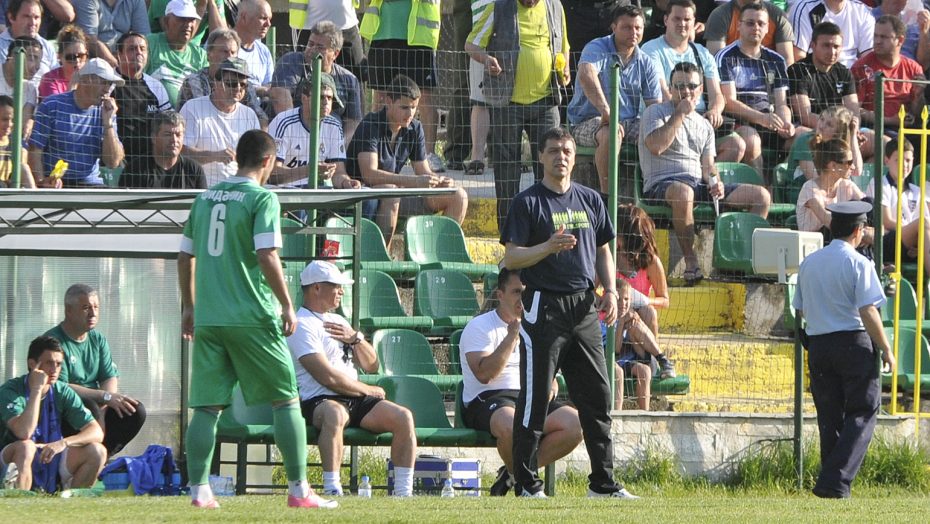 Seven minutes after the break Peter Lazarov took a free kick. The ball went to Vasil Panayotov, who tried his luck from a big distance, but was unsuccessful in that attempt.

In the 66th minute Igor Djoman got the ball from Vitanov and passed it to Jerry Sitoe, who gave it to Doncho Atanasov. He then crossed in the penalty area but goalkeeper Yusev was alert and saved before the ball could get in the feet of Sitoe.

In the 83rd minute Alberto Louzeiro passed to Doncho Atanasov who tried to give the ball to Jerry Sitoe, but the goalkeeper Yusev was faster and managed to block before Sitoe could shoot.

In the third minute of added time Martin Raynov made an attempt from about 11 meters, but Yusev was at his place and saved.

In the last minute of the game Jerry Sitoe got a one-one situation with the goalkeeper and tried to drive the ball home, but it hit the bar and went in out.